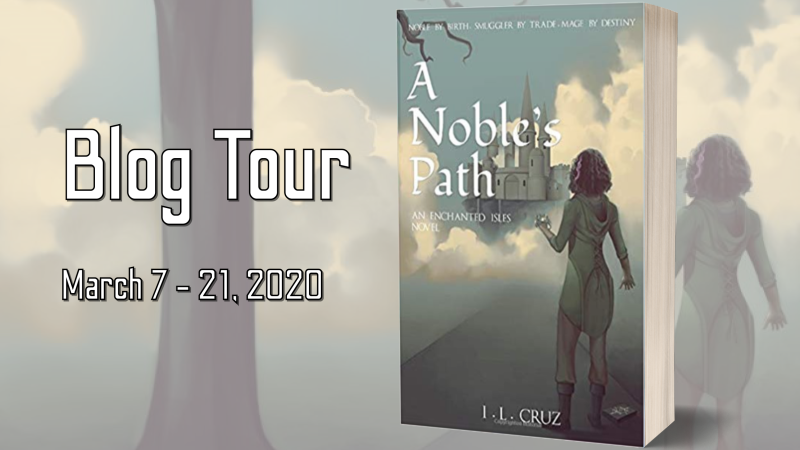 Remember the blog tour in which I'm taking part? Well, the day has come!

I hope you enjoy I. L. Cruz's touching and insightful guest post about fairytale retellings.

Have fun reading Reimagining the Imaged and don't forget to read to the end for there is an excerpt from her latest book in her Enchanted Isles fantasy series, A Noble's Path.

At the time, the moment seemed unimportant. My best friend and I were playing Snow White, but it was understood I wouldn’t be Snow White. I didn’t question it at the time. I was far from being snowy white—I am a dark-skinned Latina—and my best friend was, so I played the huntsman. It didn’t bother me because I never gave it a second thought.

Years later, I was reading fairy tales to my daughter and as an adult I read them with a keener eye than when I was a child. The women were passive and all suffered from some martyr complex. At least the main characters did. It's what started my writer’s journey—wanting to read something other than what was available.

Those two elements are the basis for my love of fairy tale retellings and why I think they exist. Both the need to see oneself reflected in stories and the feeling that somehow what does exist can be improved upon. Do you like Cinderella but wish she was less subservient and maybe make her Native American or Mongolian? Have you always liked the story of Red Riding Hood, but wished she could save herself? Do you feel the giant was the wronged party considering Jack snuck into his home and stole his harp? All these scenarios are the start of fairy tale retellings.

Fairy tales are like building blocks. They form a rough structure for a more complete story, like writing prompts just begging to be used for a fuller story. And what better way to make the tales from a time so long ago more relevant to modern readers than by making sure a modern audience sees itself in the story. It’s what gave me the idea for my current series, The Enchanted Isles. It’s set in a fictional world full of characters from Mother Goose rhymes. The main character, Inez Garza, is an independent and resourceful Latina, who embraces adventures despite not because of her love interest.

And that’s the fun of fairy tale retellings—they allow the reader and the writer to imagine new and exciting ideas set in a story that everyone knows. That way anyone can play Snow White and no one will question it.

The infamous incident at the Academy of Natural Studies has forced her to work for the King’s Men while continuing to serve the hidden market.

Supporting Birthright furthers the cause of Magical Return, but the cost may be the fall of the royal house and losing Zavier forever.

And the strongest pull of all is her growing and erratic magic, which demands everything and offers only destruction in return.

Inez must decide where her loyalties lie—saving Canto or saving herself.

The morning dew had given way to a chill humidity. The songbirds that hadn’t left for warmer climes started tuning up their whistles and calls. Snow would come early this year. After the usual stifling heat of the hidden market, it felt frigid in the open air. I pulled my coat closer, causing a rustle of Áliz’s list of KM. I had little time to memorize it, but keeping it on me was a great danger. The KM were no kinder to traitors than the hidden market was to theirs.

I reached for the list, but stopped myself when I heard a distinctive footfall behind me.

“Hey! What did the Empress want?” asked Jacque, calling the Jabberwocky by his personal nickname for her. He bounced on the balls of his feet, his lithe frame blocking my path.

“How did you know we talked?” I asked.

His near-perfect teeth shone in a mischievous grin. Jacque was one of the best fences I knew, able to reach out to wealthy clients because of his celebrity status as a stunt performer. It helped that he didn’t look like a criminal, with his handsome features. To them his smuggling activities were a sideline, but I knew smuggling was his priority. That acrobatics brought fame, not fortune—not that money was a problem for him anymore. Delaware Humphrey’s fortune looked good on him. Jacque had traded his patched clothes for custom made. Even for his night gig.

“How often does the Jabberwocky close the market? About as often as one of her smugglers get pinched to work for the enemy,” was his reply. “I knew the market going dark had to be about you.” He withdrew a miniature blaze burner from his coat pocket and it flared almost instantly. He didn’t flinch as his callused fingers caressed the flames.

“Are you waiting for applause? Yes, it was about me. Anyway, shouldn’t you be retrieving my egg stash?” I asked.

“Already done. You’ll see a nice little profit from that—not that you need it,” he said. Jacque was one of the few smugglers who knew I was the daughter of the second most powerful noble in Canto, right after the royal family. My mother’s title meant I never had to worry about money like most smugglers, but that didn’t mean I turned my nose up at extra cash. Funding rebels was expensive.

“I could say the same about you. Have you moved yet?” I asked. Jacque had come into a tidy sum after his half-brother, Delaware Humphrey, was killed.

“Not quite and don’t think I haven’t noticed you changed the subject. What did the Empress say?” He continued to fiddle with the mini blaze burner.

“I’m suspended until further notice,” I said, not wanting to tell him about my assignment of spying to redeem myself. The other smugglers at the hidden market had been making themselves scarce when I was around. Working with the KM wasn’t a way to endear myself with a bunch of mercenaries and thieves. Then it occurred to me that Jacque was still hanging around… Why?

I would never have suspected Jacque of spying on me but in that instant it occurred to me. Had he struck some deal with the Jabberwocky? I’d barely begun my covert operations and was already feeling paranoid. 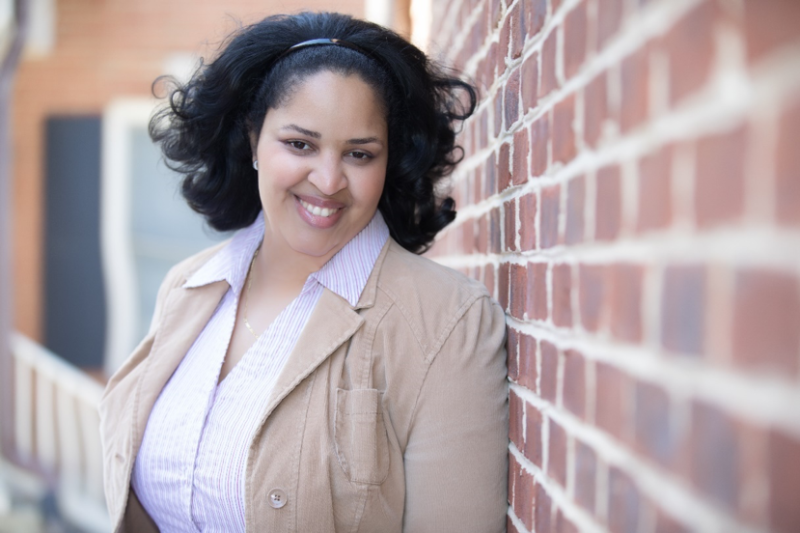 I.L. Cruz decided to make writing her full-time career during the economic downturn in 2008. Since then she’s used her BA in International Relations to sow political intrigue in her fantasy worlds and her MA in history to strive for the perfect prologue. When she’s not engaged in this mad profession she indulges her wanderlust as often as possible, watches too much sci-fi and reads until her eyes cross. She lives in Maryland with her husband, daughter and a sun-seeking supermutt named Dipper.

or her blog, Fairytale Feminista at https://fairytalefeminista.wordpress.com